Not too long ago I mentioned in one of my videos that I would share the list of vehicles that I have owned in my life. Its no surprise that I am an avid car buyer, however some of the choices I have made in car buying might surprise you. Allow me to show you the list and I’ll explain some things after you have gotten to chance to take a look at it.

This list is a bit long to go through one by one but here are some fun facts.
– 59 total vehicles
– 24 different brands
– I have owned sedans more than any other style of car by far
-The brands I have owned the most are Ford and Jeep. 6 of each brand.
-I have owned slightly more domestic cars at 29 domestic and 24 foreign (I counted Mazda as foreign).

Next I want to talk about the top 3 cars that I have loved and why.

-My all time favorite car that I have owned is the Chrysler 300. You may have seen the article I wrote on it. 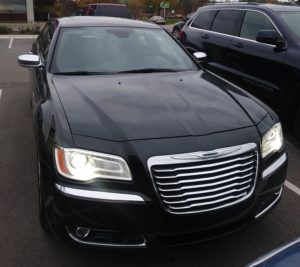 Ever since it came out I have been in love with this car. I feel like it has an excellent design, plenty of power, its packed full of features, and its not crazy expensive.

-My next favorite was the Jeep Commander. The car was a relative failure 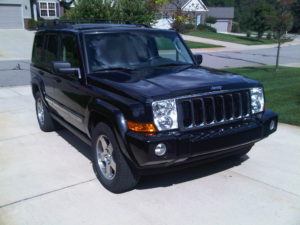 for Chrysler but there was just so much to love about it. It looked like the Cherokee on steroids,  sleek industrial design on the interior,  the immaculate HEMI heart in it, you can jam yourself and 6 other friends in it when you need to move the masses, and it was still a capable off road vehicle. Damn it, I loved that car.

-The next would be the Wrangler/Cherokee. I am putting these together 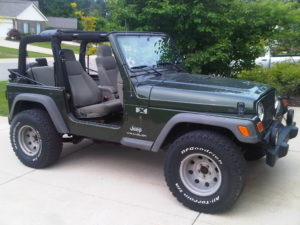 because I have owned 5 of these cars and they all had the same drivetrain and legendary AMC straight 6. These are a incredibly capable vehicles, really fun to drive, and with the wrangler you can take off the top! What more could you want?

Honorable mentions: The Nissan Xterra, the Nissan LEAF, and the Mercedes GLK250.

Next are 3 cars that I HATED didn’t love so much and why.

-First on this list would have to be the Toyota Yaris. Now I cannot say this was a terrible car. We never had any mechanical problems with it and it drove fine. However it felt so cheap, tinny, and generic that it was downright boring. Combine that with the horrific buying experience we had at the Toyota dealership and the constant decline of Toyotas design and quality makes me pretty miffed with Yota. No picture here, trust me you don’t want to look at it.

-The BMW is second on this list but for very different reasons from the Yaris. The BMW drove great, felt well built, and its a seriously good looking car. The one we bought was only a few years old with less that 60k on it. 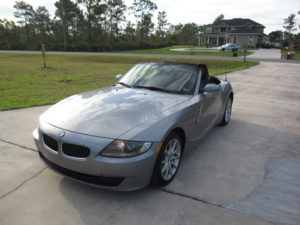 However, 2 days into ownership it developed a oil leak. This was the beginning of a chain of problems that ended with the BMW dealership refusing to take the car in on trade!! We owned the car for 40 days. during those 40 days the car was in the shop for 19 of them and I ended up dumping the car to third party dealership for a huge loss. Frankly, the car was a total piece of shit and BMW is completely dead to me…

-In the same “dead to me” category is Lexus. The number one most hated car I have ever owned is the Lexus RX330. Back in the day we bought a 2004 RX330 as a CPO with less than 30k miles on it. Shortly after purchase the 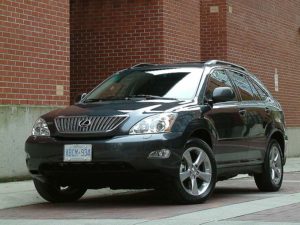 transmission started having issues shifting into gear. After MONTHS of problems and countless visits to the service center Lexus agreed to put in a new transmission. It was a $10k job that the CPO warranty covered. The car drove fine for about 3 weeks and the problems started right back up. Long story short, we ended up going through the arbitration process with Lexus and losing. After less that a year of ownership I ended up dumping it for a $14k loss and the dealer who we traded it into said “you know.. there is something wrong with this transmission…”

Not so honorable mentions: Chevy Cavalier, Lincoln Town Car, and the VW Jetta.

All in all I don’t regret most of the above purchases. I learned so much about how to work on a wide array of cars. It also allowed me to experience what ownership is like on a myriad of different styles and brands of cars.

Let me know in the comments below.